Have you ever thought, why you develop frequent pains and cramps in your abdomen or blood in stools or different issues related to your stomach? It could be because of the condition known as Inflammatory bowel disease (IBD). It is a range of conditions in which your intestines become red and swollen (inflamed). The inflammation lasts for a long time before subsiding, although it frequently returns again.

India has 1.5 million cases of IBD. Men appear to be more frequently affected than women in India.

The main types of IBD include-

Symptoms for IBD are not constant, they come and go. They might be moderate or severe. Periods of active sickness will most likely be followed by periods of remission.

Common symptoms for Crohn’s and Ulcerative colitis disease are:

Blood in your stool

The exact cause of IBD is not known but it is believed that certain risk factors play a role in causing IBD.  It may be a result of defective immune system. There appears to be a genetic component as well. You are at high risk if someone from your family had history of IBD.

Certain genetic variations make some individuals more prone to an overactive immune response to the bacteria and other microbes in the intestines, which may cause the chronic inflammation that occurs in ulcerative colitis.

Your doctor may suggest you to give blood and stool samples to diagnose the disease or undergo procedures like colonoscopy and endoscopy.

Nutritional support and surgeries are also recommended for Crohn’s and Ulcerative colitis, if you have severe inflammations.

The inheritance pattern of IBD is unknown because many genetic and environmental factors are likely to be involved. Families with IBD share some common genes. Having a family history of IBD is the biggest risk factor for the disease.

What are the genes associated with IBD?

Studies have also found more than 163 genes linked to IBD, as well as important pathways involved in the disease progression. The growing number of susceptibility genes identified in IBD suggests that genetic factors play an essential role in disease development.

Is there a genetic test available for IBD?

There is genetic testing available to see if there is a disease-causing change (mutation) in any gene that was associated with an increased risk of developing IBD  disease.

Is IBD caused because of food or infection?

The disease is not caused because of food or infections. Your body creates ulcers or inflammations in the bowels because of overactive immune system. But, you may observe that certain foods can increase your symptoms.

Can IBD lead to cancer?

Patients with IBD are more likely to develop colon cancer or small bowel cancer. This depends on how long you have had the disease and how much inflammation you have. Periodic colonoscopies may be recommended by your doctor for a thorough examination of the colon. Colon cancer is also more common in people who have a family history of the disease.

Exercise regimen depending on your endurance, Physiological response

Your genetics … Your Test ... Your Health Success

It’s always the word of mouth that’s the best advice. Here are some of our…

How It Works? | GenepoweRx

How It Works? | GenepoweRx

Dr Hima takes utmost care of her patients and try to analyze the patient’s issues, gives a good amount of time to each patient in her consultation. I found her consultantions very helpful to my in-laws and myself. Dr Kalyan & Dr Hima both take personalized care of each patient. I say for any personalized issue regarding health, you can rely on them. Thank u so much for the care and support

- Radhika Nalam
In recent times we have had consulted GenepoweRx Personalized Medicine Clinic for my grandmother as she is diabetic. She was assigned to Dr.Kalyan Uppaluri who is considered the best diabetes doctor in Hyderabad, he looked over the reports of my granny and instructed the diet to be followed and suggested a customized medicine regime to be followed. At present, her sugar level is in normal condition.

- Sai Abhi
Dr.Hima is the best allergist in Hyderabad. My sister has food allergies since her childhood. So, she used to skip some high protein foods. Then we consulted Dr.Hima. Then she listened to her problem and followed up with some medications. My sister used to have those medications on time and now she is free from allergy. Dr.Hima's treatment, indeed, worked very well . She is highly professional, and the hospital was so tidy. And the treatment charges are very reasonable. I would recommend her to everyone for whoever suffering from allergies. 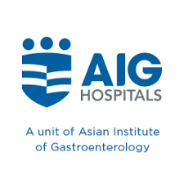 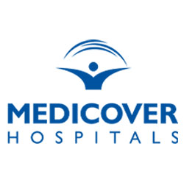 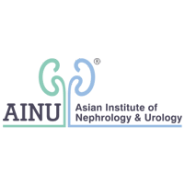 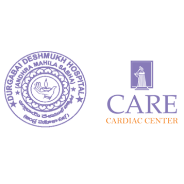 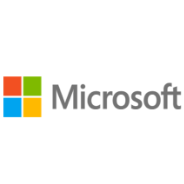 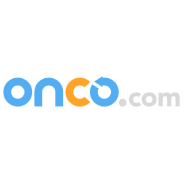 The Centre for Cellular and Molecular Biology (CCMB) under the Council of Scientific and Industrial Research (CSIR) is a premier research organization in frontier areas of modern biology, and promotes centralized national facilities for new and modern techniques in the interdisciplinary areas of biology and bioinformatics.

Cracking the ‘One Size Fits All’ theory of medical science while inculcating the philosophy of “You are unique, and so should your medical treatment be”.

Our DNA
Our Patents
Media
Work With Us

We use cookies on our website to give you the most relevant experience by remembering your preferences and repeat visits. By clicking “Accept All”, you consent to the use of ALL the cookies. However, you may visit "Cookie Settings" to provide a controlled consent.
Cookie SettingsAccept All
Manage consent

This website uses cookies to improve your experience while you navigate through the website. Out of these, the cookies that are categorized as necessary are stored on your browser as they are essential for the working of basic functionalities of the website. We also use third-party cookies that help us analyze and understand how you use this website. These cookies will be stored in your browser only with your consent. You also have the option to opt-out of these cookies. But opting out of some of these cookies may affect your browsing experience.
Necessary Always Enabled
Necessary cookies are absolutely essential for the website to function properly. These cookies ensure basic functionalities and security features of the website, anonymously.
Functional
Functional cookies help to perform certain functionalities like sharing the content of the website on social media platforms, collect feedbacks, and other third-party features.
Performance
Performance cookies are used to understand and analyze the key performance indexes of the website which helps in delivering a better user experience for the visitors.
Analytics
Analytical cookies are used to understand how visitors interact with the website. These cookies help provide information on metrics the number of visitors, bounce rate, traffic source, etc.
Advertisement
Advertisement cookies are used to provide visitors with relevant ads and marketing campaigns. These cookies track visitors across websites and collect information to provide customized ads.
Others
Other uncategorized cookies are those that are being analyzed and have not been classified into a category as yet.
SAVE & ACCEPT